Alderman David Moore, of the 17th ward, called on Gov. J.B. Pritzker at a June 27 news conference to complete construction of the South Suburban Airport to “create jobs, connect residents to jobs, allow people to stay in their own communities and create community wealth through investments in their homes, businesses, schools and families.”

Amazon is expanding in south suburban Chicago, with plans to open two fulfillment centers in Matteson and Markham that will employ a total of 2,000 people.

The two warehouses will be the newest additions to Amazon’s sprawling Chicago-area distribution network, which already encompasses 11 sorting and fulfillment centers, according to a statement from the company, Gov. J.B. Pritzker and Cook County President Toni Preckwinckle, who held a news conference this morning about the expansion.

The projects will add to the Seattle-based e-commerce giant’s workforce in Illinois, currently encompassing more than 11,000 people.

Amazon’s new fulfillment centers, at 7001 Vollmoer Road in Matteson and 15924 Western Ave. in Markham, will use the company’s robotics technology to pick, pack and ship products, according to the company.

“As a global leader of the rapidly growing distribution industry Amazon will now have access to our exceptional regional workforce, a very vibrant business climate and our continuing commitment to attract diverse forms of economic development,” Matteson Village President Sheila Chalmers-Currin said in a statement. “This particular project is clearly an economic engine that will attract hundreds of jobs to our town.”

Amazon will own its warehouse in Matteson, which is being developed by Atlanta-based Seefried Industrial Properties, according to an Amazon spokesman. It will lease the building in Markham, which was developed by Indianapolis-based Scannell Properties.

The projects and Amazon’s hiring plans offer good news for a local economy still reeling from the impact of the coronavirus pandemic. With the growth of e-commerce accelerating due to the virus, the logistics and warehouse businesses are rare bright spots in an otherwise gloomy commercial real estate market.

“Amazon's two new fulfillment centers in Matteson and Markham will serve as an economic engine for Cook County's Southland,” Preckwinkle said. “I am pleased to welcome these state-of-the-art facilities to Cook County and am grateful for the much-needed job opportunities it will bring to the region.”

Logistics Property Co. is building more than 1 million square feet of warehouse and distribution space on 102 acres in Country Club Hills, Illinois, at interstates 57 and 80 in Cook County. The site is 25 miles from downtown Chicago and 5 miles from Canadian National’s Chicago Intermodal facility in Harvey, Illinois.

The development plan for a 144,000-square-foot Amazon warehouse under construction in the Pullman neighborhood of Chicago received city council zoning approval Tuesday. If completed, the facility will occupy the last vacant parcel of the mixed-use Pullman Park development.

The banner has been raised for the Chicago “DODO” Chapter of Tuskegee Airmen Inc. While the coronavirus pandemic led to the cancelation of our homecoming event, Bult Field will be ready to welcome the chapter’s members to their new home when the crisis ends.

Due to coronavirus concerns and social distance compliance, the Homecoming to Illinois EAA Young Eagles Rally for the Chicago Chapter of Tuskegee Airmen Inc. for Saturday, April 11, is canceled. The next Young Eagles rally is planned for International Young Eagles Day on Saturday, June 13.

The March 14 Homecoming to Illinois EAA Young Eagles Rally for the Chicago “DODO” Chapter of Tuskegee Airmen Inc. is rescheduled for Saturday, April 11. We apologize for any inconvenience.

Avfuel is a leading independent aviation fuel provider, with a fueling network of more than 3,000 locations around the world.

Operators who use Avfuel contract fuel at Bult Field will find competitive prices on Jet A fuel and a fuel payment solution that allows them to make fuel and non-fuel purchases on one account. Avfuel also offers around-the-clock support through its dispatch team. 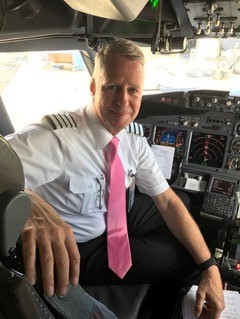 Rob Unger, the new president of the Experimental Aircraft Association’s (EAA) Chapter 260, says the sky is the limit for the chapter’s plans.

“We would like to share our talented membership with anyone who is interested in flying and or building an aircraft,” Rob said. The chapter, which was founded by Fred Boos in 1966, has 64 members and is growing.

The chapter has called Bult Field its home since 2015 and holds meetings and events at the aviation facility near Monee, Illinois. “Bult Field offers a beautiful terminal and office space for our meetings. The airport is managed very well by Mark Thompson, and the runway and tarmac areas are very accommodating to those who fly in. The fuel is reasonably priced and the service is second to none,” Rob said.

The chapter is planning its first fly-in poker run and pig roast, to be held in 2019. Eagle Flights will be offered as well, which is an EAA program that gives free, introductory plane rides to adults. “It’s for adults who always wanted to fly, and now we will give them a chance,” Rob said.

Every May and September, the chapter hosts Young Eagles rallies, where children ages 8 to 17 receive free rides in general aviation aircraft. The event’s focus is to spark interest in aviation by connecting enthusiastic pilots with young people.

For Rob, his father, Carl Unger, inspired him to fly. “Flying is a big part of our family,” Rob said. Carl taught him how to fly, and in 1977, Rob soloed a Cessna 152. Since then, he has flown an array of aircraft and worked a variety of aviation jobs before joining Southwest Airlines more than 15 years ago, for which he is a captain. He has more than 25,000 flight hours and loves going to work.

He also loves flying small planes, such as the Breezy, an experimental aircraft with open fuselage that Carl and two of his friends invented. A couple of years after his father passed away, Rob bought a Breezy that is a replica of the original prototype. He stores his open-air plane in a hangar at Bult Field.

Rob said flying is a stress reliever, when you can enjoy a bird’s eye view of the beautiful landscape below you. “Flying gives me freedom,” he said.

Chapter 260’s meetings are held at 9 a.m. the third Saturday of every month at Bult Field and are open to members and nonmembers. For more information about the chapter, click here.

These live multimedia presentations are informative and interactive, allowing the presenter to use slides and audio while audience members can ask questions and be polled for their opinions. Click here to see the program.

The Commemorative Air Force Red Tail Squadron’s RISE ABOVE Traveling Exhibit — a mobile movie semitrailer with 160-degree panoramic screen — will be in the Southland in November.

The exhibit features “Rise Above,” a film about the history and legacy of the Tuskegee Airmen, the country’s first African-American pilots. The short documentary includes footage from a P-51C Mustang, the airmen’s signature aircraft. The exhibit will be at the Richton Park Community Center Nov. 9–11 and Prairie State College Nov. 13–14.

The Experimental Aircraft Association’s (EAA) Chapter 260 took more than 60 children on flights during its latest Young Eagles Rally on Sept. 15 at Bult Field.

Free rides in general aviation aircraft were offered to youth ages 8 to 17 that Saturday. Nationwide, EAA’s Young Eagles program, which started in 1992 and is volunteer-run, has flown more than 2 million children. Chapter 260 has called Bult Field home for almost three years.

A new self-serve fueling terminal for 100LL has been installed at Bult Field.

The M4000 by QTPod, which was designed and built to withstand harsh weather conditions, features a backlit touch keypad and a color display. Terminal maintenance can be remotely performed, and the web-based software means transactions can be reconciled in real time and software updates can be made automatically. Information stored on a cloud-based system is easy to access through a portal website.

Card processing is done via a secure cellular signal for faster payment, instead of the previously used hard-wired phone line.

Planning for future freight movement in Will County

The Will County Community Friendly Freight Mobility Plan was released this past week and adopted by the Will County Board. The plan is a significant piece of work to be used by the county and its communities . . .

Read more about the plan.

Chicago will bid for Amazon's second headquarters — and its 50,000 jobs

Chicago is chasing one of the country's largest corporate headquarters deals in years, joining what is sure to be a fierce competition to land Amazon's second headquarters.

Read more about the bid.

With seven buildings totaling almost 1.5 million square feet already in Tinley Park, Hillwood Investment Properties is preparing to start on its eighth property in the village.

Read more about the project.

A German investor has acquired a huge new warehouse in southwest suburban University Park, in one of the biggest industrial real estate deals of the past two years.

Read more about the warehouse.

Amazon on its way to 9 fulfillmant centers, 8,000 employeess in Illinois

Received a large package from Amazon recently? A television or a toaster oven perhaps?

Meet me in Beecher, I'll bring the Chinook

Steve Hasse, a 41-year-old native of Beecher, flew into the Bult Field airport near Monee on Tuesday afternoon. ... An officer in the United States Army, who previously served two tours from 2005-2006 in Iraq and from 2008-2009 in Afghanistan, Hasse was flying a Chinook helicopter from Kansas City, Kan., to Delaware and made a special stop in his hometown.

More than a year after Balmoral Park hosted its final harness races, the storied track's transformation into a new destination for horse enthusiasts is taking shape.

... Will County's Center for Economic Development had a busy year, officials said. Its 2016 annual report shows that over 8,000 new jobs were created last year, 15.2 million square feet of new business space was built, and over $751.3 million was invested in a total of 49 projects.

Budreck is pleased to present its new building facility—allowing expanded shipping volume as well as state-of-the-art automation and services!

JOLIET — This has been a big year for local economic growth with more than 8,000 jobs being created and with 15 million square feet of new development, according the Will County Center for Economic Development.

Amazon isn't the only household name gobbling up industrial space southwest of the city.

Joliet celebrated another moment in economic development at a groundbreaking ceremony Thursday afternoon for the future corporate office and warehouse for Cadence Premier Logistics.

CRETE — Al-Amin Brothers Transportation LLC, a transporter of frozen and refrigerated foods, is moving its operations to Crete from Lansing. The 18-year-old privately held company is building a 37,000-square-foot insulated building in Crete’s industrial area south of Burville Road along Ill. 1.